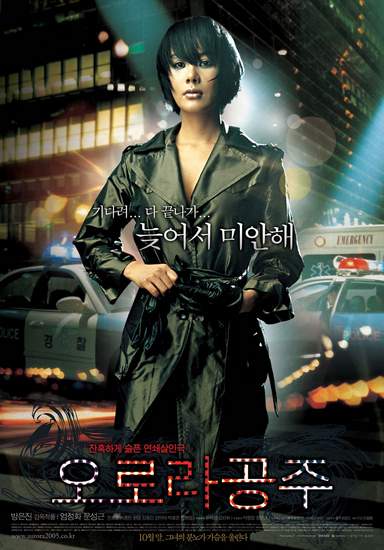 Princess Aurora (original Korean Title) is a 2005 South Korean film about a mother, grieving the death of her child, who goes on a murderous revenge spree. Though it was released with far less fanfare, its violent theme earned it comparison to Sympathy for Lady Vengeance, released the same year. It was the directorial and writing debut of Bang Eun-jin.