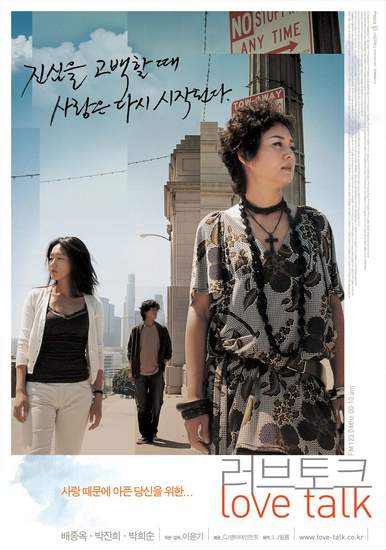 Love Talk (2005) is the second film by South Korean director Lee Yoon-ki. It tells the story of a group of expatriated South Koreans trying to adapt to living in the Los Angeles area. The film was shot entirely on location in California with Korean and American actors