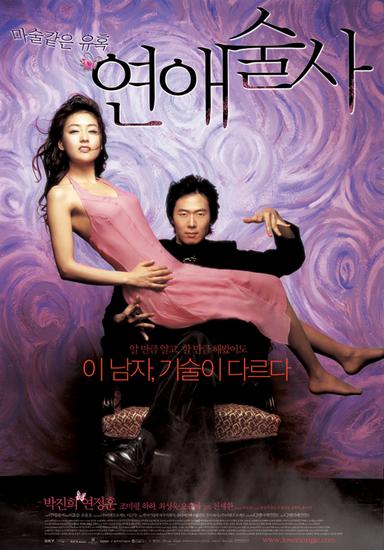 Love in Magic (Yeonae-sulsa) is a 2005 South Korean romantic comedy film. The movie tells of a womanizing performing magician Woo Ji-hoon who one day discovers a hidden camera film on the Internet that shows him having sex with one of his former girlfriends, Koo Hee-won in a motel. Ji-hoon first tracks down Hee-won, who is working as a teacher at a local school. They decide that instead of going to the police, they'd be better off trying to track the film's makers themselves and get the film taken offline without making a fuss, since both of their careers could suffer. Ji-hoon and Hee-won start spending their evenings going through all the motels they visited while going out, and slowly rediscover their feelings for each other