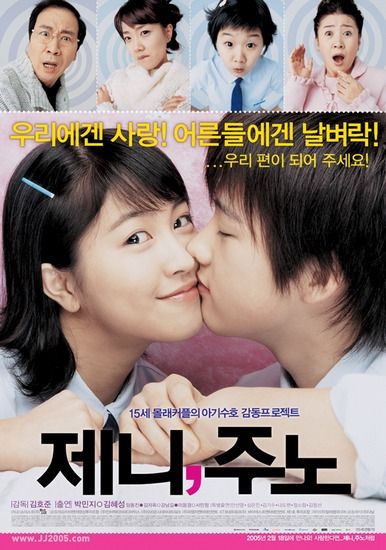 15-year old Jenny (Park Min-ji) has to find out that she is pregnant. After she told her boyfriend Juno (Kim Hye-sung) and he doesn't consider running away like many others would, but instead is actually taking responsibility for his actions, the two decide against an abortion. They don't tell their parents about the pregnancy for as long as possible until it is too late to abort the child.

Jenny has to deal with mood swings, sudden ravenous appetite attacks and similar problems. However, Juno is always at her side and selflessly sacrifices himself for her and their future baby. The two secretly inform themselves of babies, how to raise them, attend baby-courses and visit hospitals. Nevertheless, the day when they have to tell their parents about the pregnancy draws near.