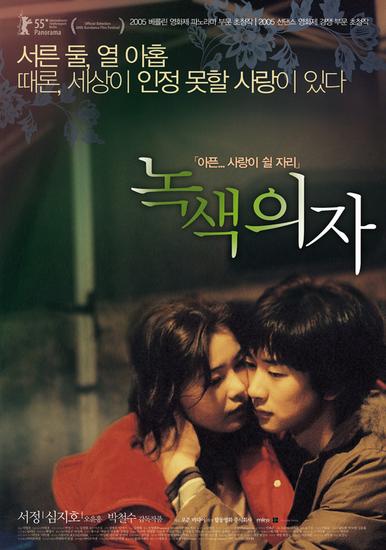 Green Chair (Noksaek uija) is a South Korean movie directed by Park Chul-soo, that was released in 2005. It is about an affair between an attractive thirty-two-year-old woman and a youth just short of legal majority. Interlaced with explicit scenes of love making, the movie watches the two lovers trying to come to grips with their mutual attraction, sexuality and societal disapproval.

This Mirovision film is in color on 35 mm film and runs 98 minutes. The production budget was US$2,000,000. It was a 2005 Sundance Film Festival Official Selection, a 2005 Berlin Film Festival selection and was also shown as the opening movie at the Los Angeles Korean International Film Festival in the same year.