Five Is Too Many 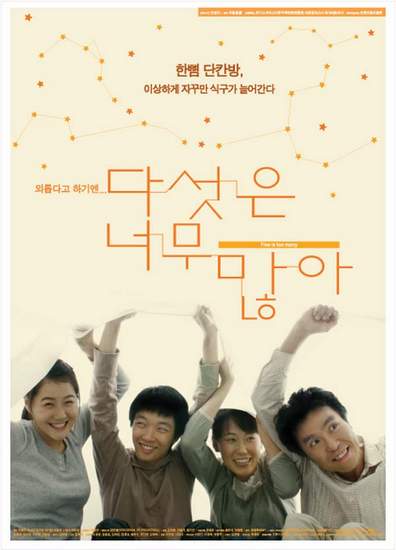 Runaway child Dong-kyu wishes to make money by reporting on companies that use illegal disposable goods. One day Dong-kyu takes a picture of a takeout counter where Si-nae works. As he runs away, Si-nae throws a stone at him, knocking him to the ground. When Dong-kyu regains consciousness, he claims he cant remember anything, and immediately takes shelter at Si-naes place. A witty film that handles the serious subject of domestic tensions with a disarming sense of humor and humanity