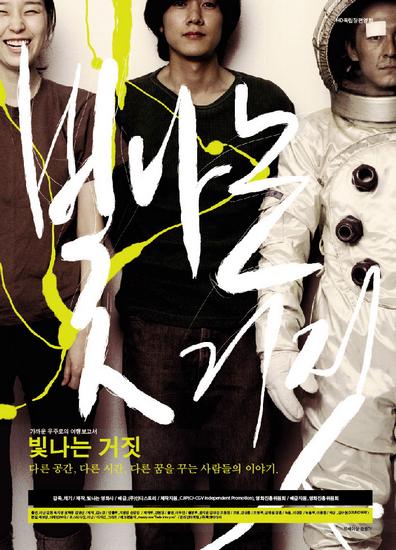 The Korean indie film-maker who calls himself "Chegy" is developing a very distinct aesthetic. He makes films peopled with diverse characters, full of interesting situations, loaded with intriguing detail--all the essential building-blocks of gripping storytelling. but with the narrative glue somehow missing.

Fade into You opens on a security guard (he's on the night shift in a factory or power-plant, and has trouble sleeping in the morning) but then turns its attention to other characters: the junior in a small production company, a guy in trouble on a subway train, a young woman travelling to a part of Korea she's never seen before. Are they connected? As the title implies, you decide. The film--which is often rather droll--provides a few hints. There's a recurrent emphasis on things going wrong (a water-leak, a broken window, a broken wrist), and almost all the characters are shown dreaming or day-dreaming. Maybe, like the security guard, the film has a snake up its sleeve.