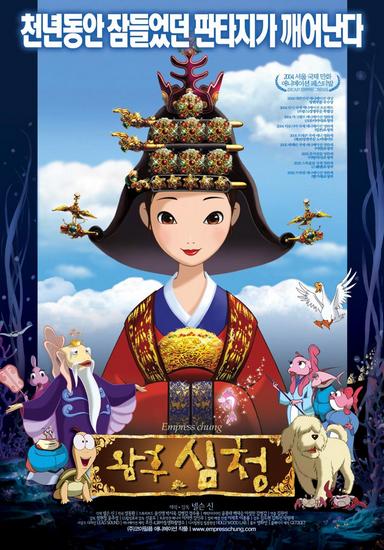 Empress Chung (Hangul, RR: Wanghu-simcheong) is a 2005 North and South Korean animated film directed by Nelson Shin. As a personal project, Shin spent eight years getting the project off the ground, including three and a half years of pre-production. Most of the animation work was done in North Korea by the Chosun April 26th Children Film Studio (also known as SEK), and the score was also recorded in the North by the Pyongyang Film and Broadcasting Orchestra. In a move unusual for the Korean film industry, the character voices were recorded in both the South and the North due to differences in dialect. For the definitive international release version, the South Korean dub is the one used. It was the first film to have been released simultaneously in both North and South Korea, on August 15, 2005.

The film was featured at the 2004 Annecy International Animation Festival, and was also recognised with several awards in Korea. The story is an epic adventure based on a famous Korean folk tale about a daughter who sacrifices herself to restore her blind father's eyesight.