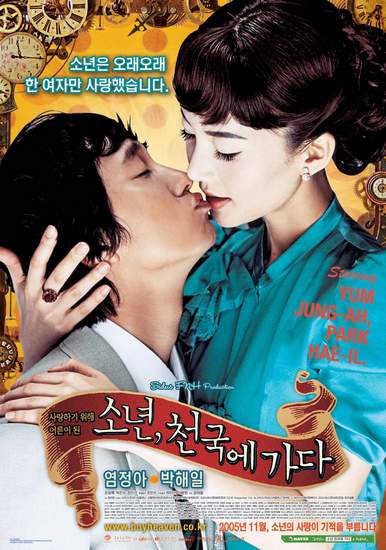 Ne-mo is a thirteen year-old boy growing up in 1980s South Korea, and is the only child of a single mother who runs a watch repair shop in their small town. Having never met his father, Ne-mo resolves to marry a single mother when he is older. Following the suicide of his mother, Ne-mo becomes acquainted with Bu-ja, who opens a comic shop in his town. Bu-ja is also a single mother with a young son of her own, and Ne-mo instantly falls in love with her. Despite their age difference he proposes to her in a movie theatre, but a fire breaks out and Ne-mo is killed saving Bu-ja's son.

Waking up in Heaven, Ne-mo finds himself at the centre of an argument between two angels, who can't agree whether his life was supposed to end at the age of thirteen or ninety-three. As a compromise they return him to Earth several days after he died, except he is now thirty-three years old and will age one year every day until he reaches ninety-three. Now an adult and with just sixty days left to live, Ne-mo poses as his own father and resumes his pursuit of Bu-ja.