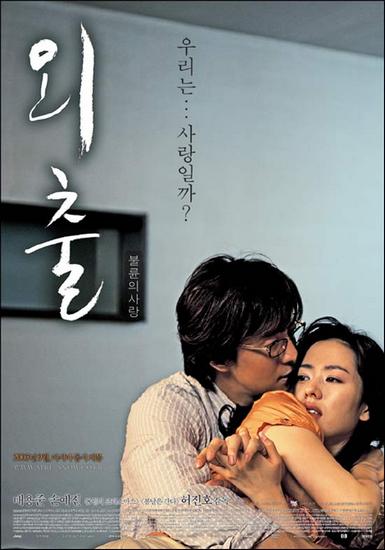 April Snow is a 2005 Korean romance film. Filming commenced on February 4, 2005 under the director Hur Jin-ho. The film was released in September 2005. Despite not making a profit in its country of origin, the film was a box-office success in several other Asian countries, owing mostly to the international popularity of the lead actor, Bae Yong-joon. Due to this the film has been used as an example of the Korean wave phenomenon. In-soo and Seo-young, who are both married, meet in a hospital after their respective partners are involved in a car accident. This leads them to discover that their spouses had been having an affair and they begin one of their own. Their relationship grows as they approach each other for help occasionally