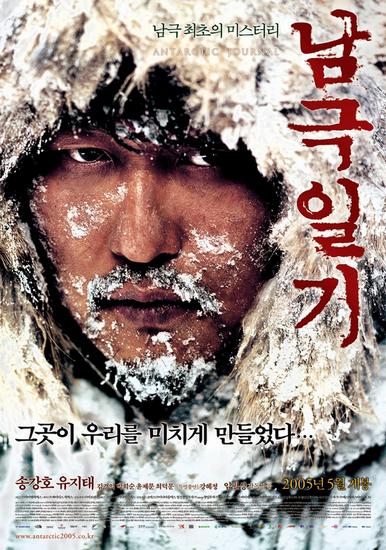 Antarctic Journal (2005) is the feature film debut by South Korean director Yim Pil-sung. The movie mixes elements of psychological thriller and classical horror films while showing the hardships met by a modern antarctic expedition trying to reach the pole of inaccessibility. The film had generated some buzz before its release due to its large budget (over $8,000,000US) and notable cast but wasn't a box office hi

During their journey the expedition led by Captain Choi Do-hyung discovers a journal that was left behind by a British expedition 80 years earlier. The journal was remarkably preserved in a box in the snow and Kim Min-jae, another member of the expedition, gets the job of examining it. It turns out that the two expeditions shared the same goal and soon other strange similarities between them start to show up.