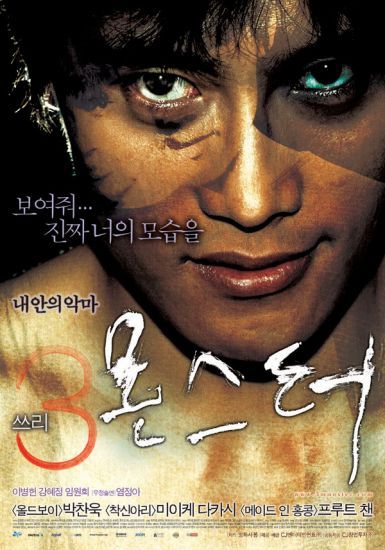 "Three, Monster" a compilation of short films by East Asian directors, is probably the most aesthetic of horror films to open in theaters this year. The three directors who participated in this project - Park Chan-wook of South Korea, Takashi Miike of Japan and Fruit Chan of Hong Kong - figure out ways to not as much terrify the audience as attempt to disturb them on a psychological level.

The films of "Three, Monster" all work from the same premise - that the source for the horrific lies not outside but within the individual. The results have somewhat of a biblical feel, with the directors casting their interpretations on greed, envy, desire and other deadly sins that can transform people into monsters.