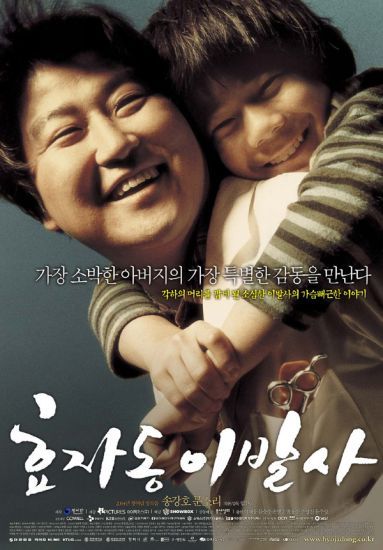 SUNG Hanmo. He is a sole barber in Hyoja-dong, where the President lives. A rigged election by rounding off brings him a son (He gets married to Kyung-ja by forcing her that she has to give a birth to a baby over 5 months like rounding off.) 4.19 revolution restores his belief that a barber was originally the same with a doctor in the ancient time. After a military government is founded by 5.16 coup d'etat, the decree of hair cutting is announced and Hanmo's barber shop is packed with customers.

One day, an unidentified person appears at the shop and Hanmo happens to catch a spy from North Korea. This happening makes him appointed as the President's barber. Hanmo finally makes his way in life as the 'First' barber in Korea.