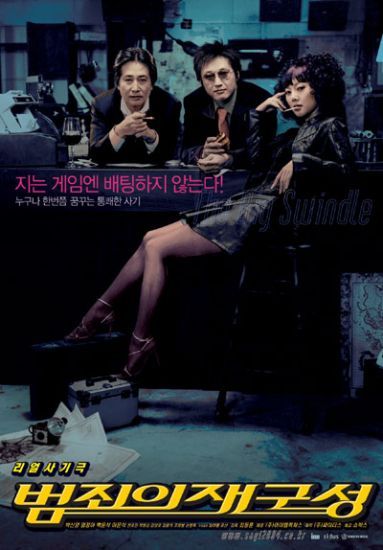 After being convicted for fraud, one month has passed since CHOI Chang-Hyuk's(PARK Shin-Yang) release from jail. But this time around he's got and elaborate plan cooked up. It's the biggest bank heist in history that'll make any thief have a wet dream. The best five thieves come together to form a team.

Starting with CHOI Chang-Hyuk, the brain behind the perfect plan : Master KIM(BAEK Yun-Sik), the godfather of Master KIM, the godfather of swindlers; Big mouth(LEE MunSik), a guy who can talk people into anything; Swallow, a remarkable lady-killer; and Gasoline, who has a gift for counterfeiting. But the only drawback is that they all can't trust each other. They have only one goal- to hit a bank for 5 billion won($5 million)- but each one of them has their own little plan in mind.