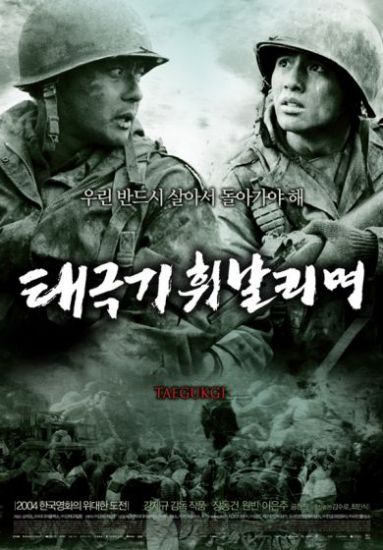 Taegukgi Hwinallimyo (Hangul:) is a 2004 South Korean war film directed by Kang Je-gyu. It tells the story about the effect of the Korean War on two brothers. The film's title is the name of the pre-war Flag of Korea as well as the postwar Flag of South Korea. It was released in the United Kingdom as Brotherhood: Taegukgi and the United States as Tae Guk Gi: The Brotherhood of War.

Kang Je-gyu made a name for himself directing Shiri and was able to attract top talent and capital to his new project, eventually spending US $12.8 million on production. The film became one of the biggest successes in Korean film history up to that time, attracting 11.74 million people to the theatre, beating the previous record holder Silmido.