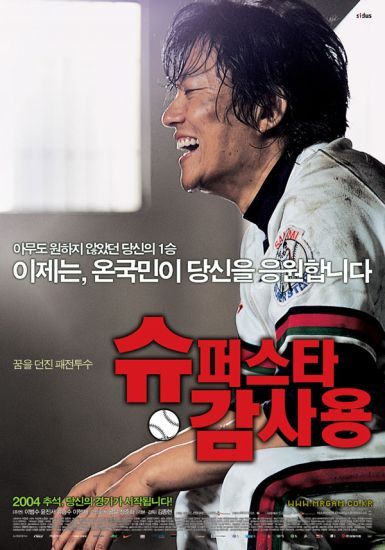 Nice little true-life story about how an underdog factory worker struggles to earn a roster spot on a pro team in the early years of Korean baseball. At first overlooked as he rides the end of the bench, he finally gets a chance to start a game, with all the drama that brings. Will he pull it out in the bottom of the ninth with the potential winning run on base? Dozens of baseball films have covered these bases before, and this one is neither more original nor more dramatic than its predecessors. But just like the game of baseball itself, which has been played the same way for a century but still stirs excitement every time the players take the field, this movie is a fairly pleasing recapitulation of all the baseball stories that came before.