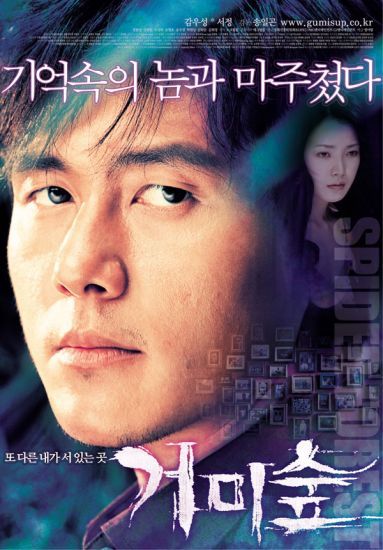 Awaking alone in the middle of a dark forest, Kang Min sees a secluded cabin nearby and wanders towards it. Upon entering the small home, he is shocked to discover a brutal, bloody crime had taken place. A man, hacked repeatedly by a sickle, lies on the floor, dead. Min hears a noise nearby and discovers his girlfriend Su-Young, stabbed and nearly dead, stammering something about "spiders."

Before he could save his loved one, Min is caught off guard by the killer who unexpectedly emerges and dashes out of the cabin. Min grabs the sickle and pursues the dark figure through the shadowy woods of the Spider Forest, only to be temporarily knocked out with a blunt blow to the face. Min, being disoriented and slightly dazed, sees the killer enter into a tunnel on a road nearby and stumbles after him. Yet upon entering the tunnel, a speeding SUV collides with Min and throws him to the ground, severely injured by the impact.

As he lies on the pavement with his blood streaming across the ground, the dark figure approaches Min and stands mere inches away, as if mocking his inability to capture him. Min extends his arm , desperately trying to grab him, but in vain and he soon loses consciousness

Min wakes-up fourteen days later at a local hospital with his head heavily bandaged. His friend, a police detective named Choi, is at his bedside to both comfort and question him about the murders. Min discovers that he, in fact, is the prime suspect of the killings due to his fingerprints being on the sickle that he picked up and his relationship with the victims. Choi, wanting to believe in his friend's innocence, asks Min to tell him everything that had happened leading up to the brutal crime. Weaving in and out of consciousness, Min tries to reconstruct the bizarre events, but it proves to be a too difficult task. Min finds that there are some details he cannot remember while other details he can't even be sure they actually happened. The boundary between dreams and reality become blurred as he tries to piece together his enigmatic past in an effort to complete a puzzle that will, hopefully, prove his innocence