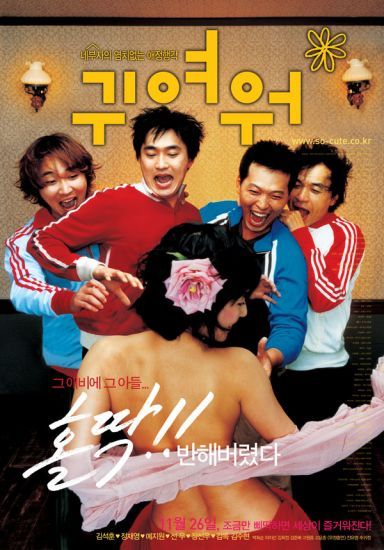 A shaman named Jang Su-Ro has three sons, all by different mothers and all of same age. His first son is a deliveryman named 963. The second son is a truck driver named Gaeko, but nicknamed Dog Nose. The third son is a yakuza. The infamous "sex god" Jang Su-Ro no longer possess the sexual powers he once did, and is reduced to living pathetically with his sons. One day, Gaeko picks up a girl named Soony and presents her to his father. Jang Su-Ro and all his sons fall in love with her. The race to win her.

Why they are SO CUTE. SO CUTE is the story about an ex-shaman who has seen better days, a messenger, a bum, and a tow-truck driver. There is no beautiful damsel or and no heartbreaking love. There are no murders or ghosts or other cheap gimmicks that appear in so many films. There are only extremely realistic characters in an extremely realistic space. Even so, SO CUTE overflows with imagination, and we are mesmerized by its softness and beauty.