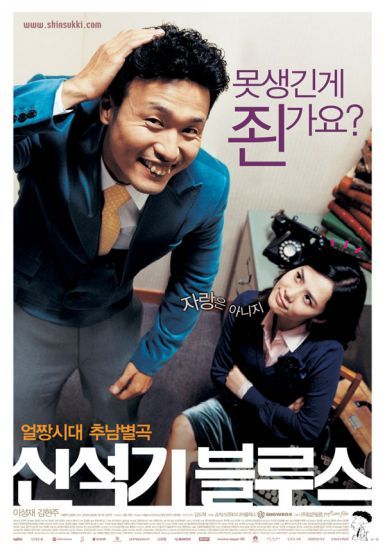 Shinsukki Blues is a 2004 South Korean film about a smarmy corporate lawyer who magically switches bodies with a pro bono defense attorney with the same name. It was the last Korean film released to theaters in 2004

I am in my friend's body! Suk-gi is perfect in everyway but cold-hearted lawyer. He meets his old friend but both get involved in an accident and severely hurt. When he wakes up, he finds himself in his friend's ugly body. He has to live his friend's life from now on