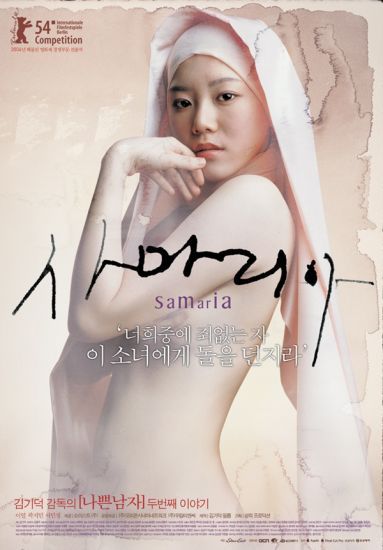 Samaritan Girl (Samaria) is a 2004 South Korean film written and directed by Kim Ki-duk. Yeo-jin and Jae-yeong are two teenage girls who are trying to earn money for a trip to Europe. To reach this end, Jae-yeong is prostituting herself while Yeo-jin acts as her pimp, setting her up with the clients and staying on guard for the police. Things take a turn for the worse when Yeo-jin gets distracted from her duty and the police raid the motel where Jae-yeong is meeting with a client. To avoid getting caught, Jae-yeong jumps out of a window, fatally injuring herself.

After Jae-yeong's death, Yeo-jin blames herself and to ease her own conscience, sets to return all of the money they earned to the clients while sleeping with them herself. Eventually Yeo-jin's father, a policeman, is devastated when he discovers what she is doing. He starts following her discreetly and confronts her clients with escalatingly violent results. On the last time, he ends up brutally killing a client.

For the rest of its duration, the movie follows the father and daughter on a short trip to the countryside, where they both sense something is wrong with the other, but are unable to confront each other directly. In the end, the law catches up with the father, who hopes to have done enough to prepare Yeo-jin for her life without him.