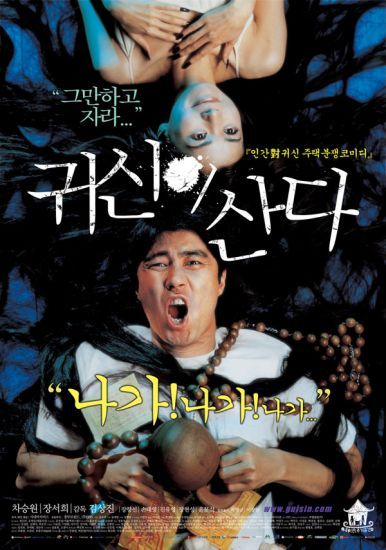 Ghost House is a 2004 South Korean horror-comedy film. With hard work finally Pil-gi (Seung-won Cha) has saved enough money to make the last wish of his deceased father come true. He can buy his own House. But as soon he moves in he is attacked by another inhabitant of the house. It is a ghost, who claims the house for its own and is trying to frighten him out. But Pil-gi doesn't want to give up his dream so easy. He calls the police, invites friends to stay for the night with him and tries exorcism rituals. None of it works. During an attack by the ghost he is hit by lightning and awakes in a hospital.

First his decision is to sell the house now, but then he discovers that he can see the ghost from now on. It is the young woman Win-ha (Seo-hee Jang). Less frightened as he can see her and talk to her he decides to stay but then take an offer from a speculator who wants to build up a hotel on his ground. Now it is time for the ghost to be afraid. She is begging him not to sell the house and is telling him her life story and from now on he is trying to help her.