Fighter in the Wind 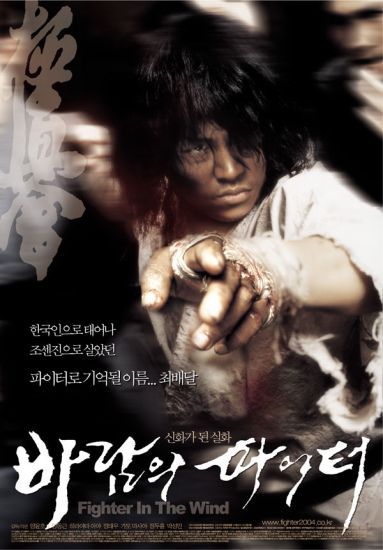 Fighter in the Wind (Korean) is a 2004 South Korean film. It is based on the Japanese comic book Karate Baka Ichidai which is a fictionalised account of karate competitor Choi Yeung-Eui who went to Japan after World War II to become a fighter pilot but found a very different path instead. He changed his name to Masutatsu Oyama and went across the country, defeating martial artists one after another. This film concentrates on the period when he is still young, and developing his famous karate style, Kyokushin.