The Sweet Sex And Love 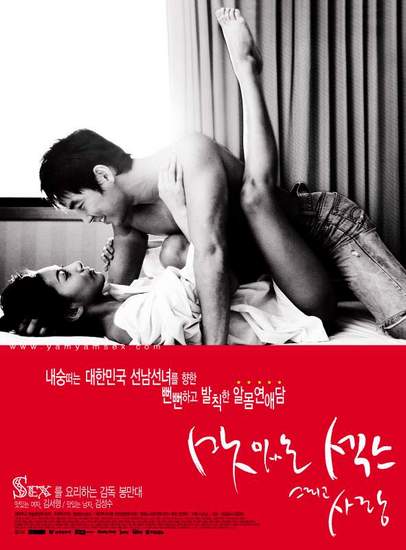 The Sweet Sex and Love is a 2003 South-Koreanfilm. It was directed by Bong Man-dae and starred Kim Seo-hyeong and Kim Sung-soo.

"The Sweet Sex and Love" is about Shin-Ah, a woman who does not really believe in true love but indulges herself in sex, and Dong-Ki, the guy who Shin-Ah met and had sex with right after their first meeting. Their one-night stand was followed by another, which is also followed by another until they both decided to live together and have sex day in and day out. But when they started arguing on small matters, they realized that the other is a bore. So they split up. This movie almost concentrated on sex. It's like the protagonists did nothing but have sex, oral sex, or make out, whenever and wherever it is possible. No values in short. However, a deeper message is buried under the sex scenes. What? Watch. But not everyone might see the message.