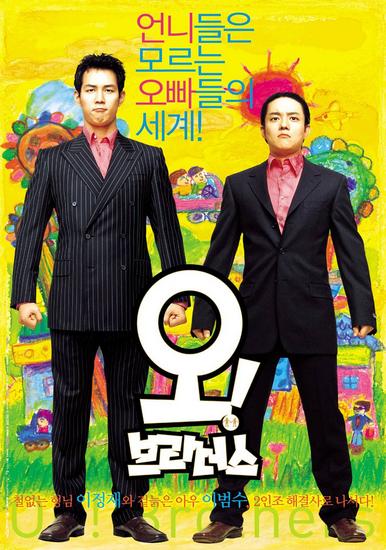 Oh! Brothers stars Jung-Jae Lee as Sang-wu, a jaded paparazzi photographer who deals with the less-than-moral side of life. Squeezed for money by a crooked detective, Sang-wu is forced to become a debt collector, a profession he finds little success in.

His problems become exacerbated when his estranged father dies and leaves him with a surprise: Bong-gu (Beom-su Lee), his 12-year-old half-brother who looks to be in his mid-30s due to a rapid aging disorder.