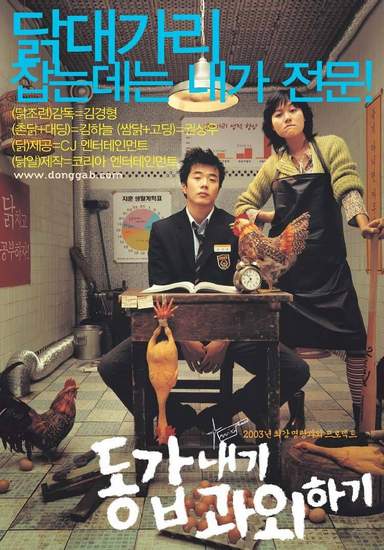 My Tutor Friend (Donggabnaegi gwawoehagi) is a 2003 South Korean film released on January 30, 2003. It is about a touching story of two completely different students from two completely different worlds. One is a rich male repeating his third year of high school and the other a poor girl in her second year of university struggling to make ends meet. The movie was directed by Kim Kyeong-hyeong and is his debut film.