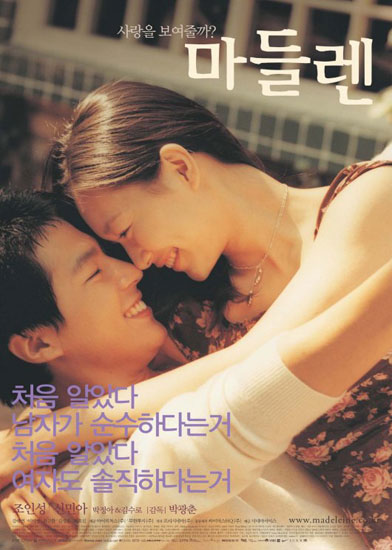 Ji-suk is a Korean Language & Literature major who dreams of becoming a writer. He starts delivering newspapers part-time. He goes to a hair salon to cut his long hair. A charming woman calls him by name. She is none other than Hee-jin, his junior high classmate. Dreaming of becoming a hair designer, Hee-jin is a senior hair designer at the salon despite her young age.

Ji-suk is drawn to the dignified beauty. Hee-jin is also drawn to the untainted pureness of Ji-suk. Their paths cross by chance a few more times and the two grow closer. Finally, Hee-jin suggests a 'one month romance.' "Neither one of us can say 'Let's break up' before the month is up! After a month, we part ways grandly! What do you think? Fun, huh?" Ji-suk is caught off guard. Seeing this, Hee-jin smiles at him sweetly.

Ji-suk who ponders over everything seriously. Hee-jin who is filled with playfulness and is cheerful. They have 0% in common but together, they learn of a new world unfamiliar to them. Their romance is more splendid than they expected. But one day, Ji-suk's first love, Sung-hae, shows up. Majoring in film, Sung-hae is the lead singer of a band and very cool. Hee-jin gets jealous over Sung-hae and starts to fight with Ji-suk. It is the first time they argue since their month of romance began. And to make things worse, Hee-jin is faced with an enormous decision.