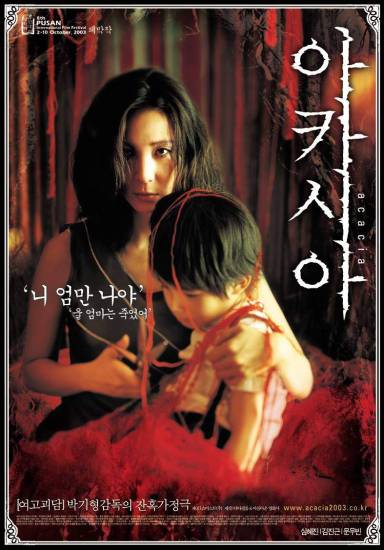 Unable to have children of their own, married couple Mi-sook and Do-il adopt a young boy named Lee Jin-seong. His name soon gets changed to Kim Jin-seong when he moves with Mi-sook and Do-il. The boy is drawn to an acacia tree in his new home's backyard, believing it to be his mother, and it soon becomes the focal point for an increasing number of strange occurrences when Jin-seong appears to have run away.

Jin-seong befriends an older girl named Min-jee. She tells Jin-seong that she cannot go to school as she has lost a lot of blood. After she kisses Jin-seong, he becomes even more aggressive and violent. He turns even worse as Mi-sook becomes pregnant and has a new baby named Hae-sung. Jin-seong, experiencing many emotional difficulties, and becomes more withdrawn and confused. He starts to develop an anger towards his adopted family, so much so that he tries to smother the new baby. Mi-sook gets so frustrated with Jun-Seong's actions and obsession towards the acacia tree that she decides to chop the tree down, which results in Jin-Seong allegedly running away.

After Jin-Seong runs away, the previously dying tree starts to bloom with spectacular life. Min-jee starts changing as well, becoming more obsessed with the acacia tree. She starts claiming to hear Jin-Seong's voice coming from inside the tree, witnessing paranormal experiences occurring around the tree, flowers and ants attacking the people in Jin-Seong's family.

It is revealed that his mother gravely injured Jin-Seong by accident while she was trying to chop down the tree. Her husband sees this and helps her bury their adopted son's body, thinking he's dead. But when Jin-Seong's arm moves, alerting the couple that he is alive, Do-il smashes his body with the shovel and finishes burying him. Jin-Seong's mother, out of guilt and stress, creates an illusion for herself that her son has run away, sinking further and further into her guilt, losing her grip on reality. The movie ends with the police finding Jin-Seong's body buried under the acacia tree, with the roots lovingly wrapped around his body.