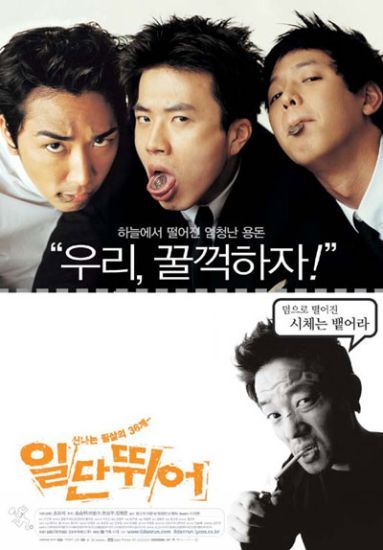 Three high school students Sung-hwan. Woo-sup and Jin-won are on their way back from a birthday party for Sung-hwan's father. Several minutes later, a huge lump of cash and a bloody corpse crash on top of their car. With only a split second to decide, there is no option left for them.

Meanwhile, a dedicated young detective named Ji-hyung, suspects Sung-hwan, Woo-sup and Jin-won of hiding the money, and watches every move they make. In the meantime, the real thieves and a ruthless gang are looking to get their money back. After the case gets terminated, Sung-hwan, Woo-sup and Jin-won secretly go to the place where Sung-hwan stashed the money. They look inside a pit to discover a new surprise waiting for them.