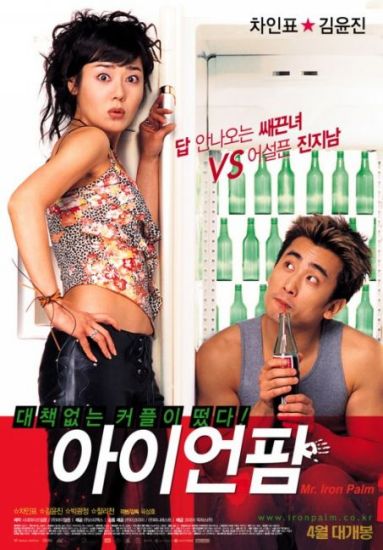 A man named Iron Palm arrives at L.A. airport holding a rice cooker. He has come to the States with the sole hope of finding his first love, Jinnie. Five years ago, he and Jinnie were in love but one day, she left for L.A. alone. After she left his life, Iron trained himself in a shaolin way, 'the Iron Palm', to calm his yearning for his love. He would put his hands into a hot rice cooker whenever Jinnie was reminded. That's how he's got 'iron palms'.

Five years have past, and Jinnie cannot live without soju even a single day and now works as a bartender dreaming to open a trendy soju bar in L.A. Jinnie is going out with a yuppie, 'Admiral', who runs his own business and is rich enough to make her dream come true. But all of a sudden, Iron Palm shows up and interferes with her well-planned future by insisting her on marrying him. With everything on the verge of breakdown, and the two guys starting to fight over Jinnie, she suggests an unusual solution.

How about seeing both of you by rotation? Iron on Mon, Wed, Friday and Admiral on Tue, Thurs, Saturday. Sunday is off, no wonder". Who is gonna be the man of Jinnie?