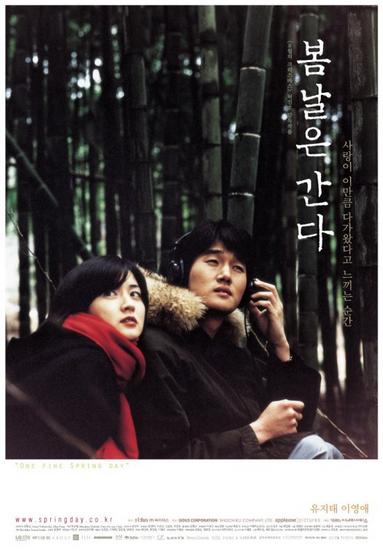 A sound engineer, Sang-woo lives in Seoul with his father, aunt and a grandmother with Alzheimer's. One winter, he meets Eun-soo, an announcer and producer at a local radio station in Kangleung City. On their trips together to collect nature's sounds for her program, they grow naturally close, and one night, Sang-woo stays over at her house.

They fall easily in love, and Sang-woo becomes totally taken up with her. But as their relationship, which started in winter, goes from spring into summer, it begins to get shaky. When Sang-woo speaks of taking her to see his father, Eun-soo, who has already been married and divorced once, changes the subject. Finally, when Sang-woo asks "How can love change?" she answers firmly with "Let's break up."

The love which he thought would last a lifetime changed in a few seasons. He has trouble forgetting her and, unable to cope with the lingering attachment and affection, Sang-woo goes between Seoul and Kangleung. But in the end, the spring days go by and the memory of love remains as just that and no more, even when she comes to see him again.