My Boss, My Hero 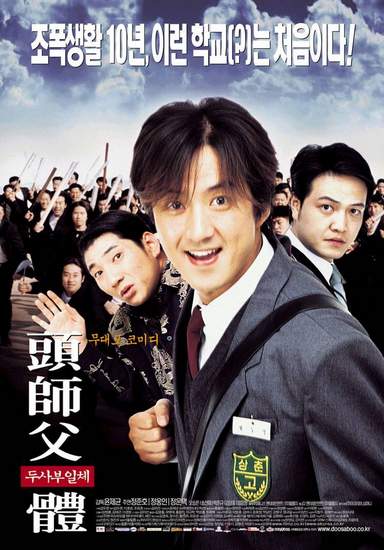 As the boss of a small gang, KYE Du-shik had gotten by on his wits and bare knuckles for the past ten years. That was soon to change. Held back from promotion within the ranks due to his lack of education, Du-shik heads back to school on the order of a superior gang leader. His return is not without its complications. Intimidation dealt out by a high school hoodlum, a mischievous female student posing problems with her powerful parents relenting to her every wish, and a school that is out of control are but a few of the hazards that lay in the path of Du-shik's education.

The road is not so smooth for our hero. Although his classmates are infected by his charismatic personality and charm, will they stand by him when he most needs it? Eventually he sets out to avenge the wrongdoings of a corrupt school system. He may succeed, but will he graduate?