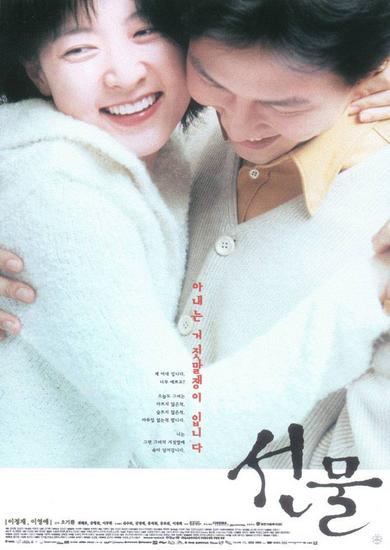 Yong-ki, an obscure comedian, has been married to Jung-yun for about three years. After the miscarriage of their awaited baby and difficult times, their relationship grows cool. They have not slept in the same bed for a while now. One day, after a near fiasco over paying con-men to get onto the "King of Comedy" show, Yong-ki is shocked to find out from that Jung-yun has a terminal disease. He agonizes after finally realizing the real reason for Jung-yun's coldness towards him.

He struggles, having to pretend not to know about his wife's sickness. Then one day, he discovers Jung-yun's school yearbook while cleaning the house. He becomes determined to find her old friends, and, in particular, her first love, as his last present to her. Jung-yun, in the meantime, has been working on a project for her husband who will be left all alone, and she gets him on the show. While Yong-ki ceaselessly does one joke after another, Jung-yun gradually loses her strength. Yong-ki, watching his fading wife, grits his teeth and throws himself into his skit. They say their final farewell, surrounded by happy laughter.