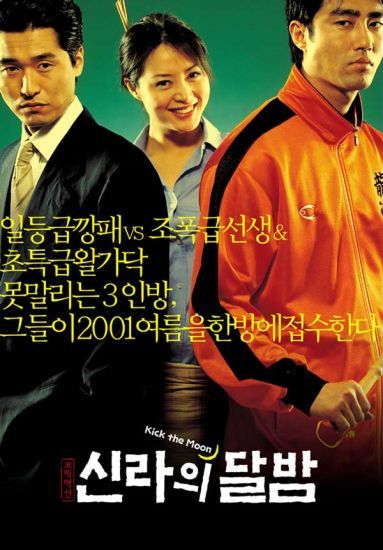 School Excursion to Gyeongju: Ten years ago, Gi Dong, Choi, the head of the school gang and Yeong Joon, Park, the shy but smart student set out for school excursion to Gyeongju. They experience an unforgettable moment on that night.

Reunion: Gi Dong and Yeong Joon run into each other in Gyeongju accidentally ten years after that night. The head of the school gang has become a passionate teacher of physical education and the shy nerd has become an elite gangster. The two shake their hands together but the memory of that night reminds them of the time they have gone through.

She's mine! Gi Dong and Yeong Joon fall in love with Joo Ran, the sister of Gi Dong's troublesome student Joo Seop at the same time. Min, Joo Ran is the boss of a small cafeteria who weeps with full of sadness in her eyes all of a sudden and smiles the next moment. Her brother, Joo Seop wants to be a gangster like Yeong Joon. Who will get the heart of Joo Ran?