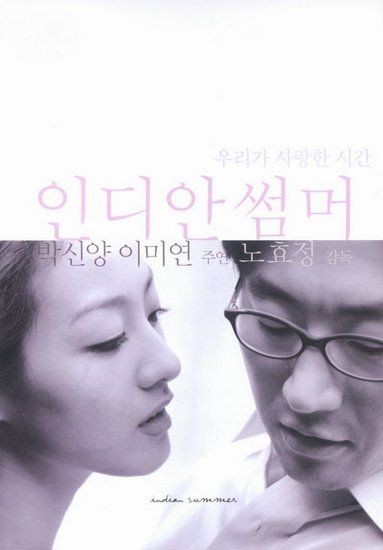 One is a lawyer who must uphold the law and the other, a condemned inmate under the death penalty, who must be judged by the law. In this film, 'law' intervenes in the love of the characters in a diverse manner. 'Law' brought the two characters together yet it is endlessly driving the woman towards death with its threatening blade.

Ironically, the only way lawyer, SUH Jun-ha, can save this woman's life is through 'judgement by the law.' Such a well-woven relationship between 'law' and 'love' throughout the film is the strength that keeps the film from losing its tension to the end. Also, "Indian Summer" tells that it is 'love' that leaps over 'law.' 'A decision of law' is always made through logical judgement but 'love' cannot be chosen, it is something out of your hands. However, there are times when 'love' is closer to truth. "Indian Summer" is about such 'love.'