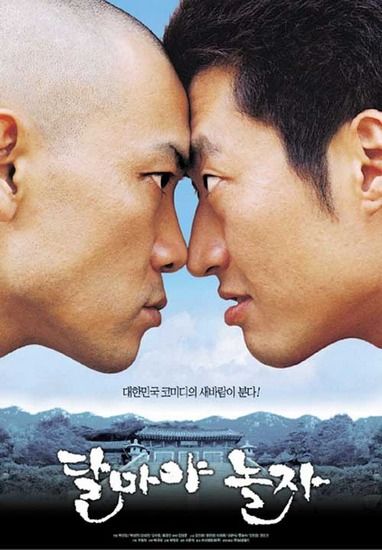 Hi! Dharma! is a 2001 South Korean comedy about gangsters who hide out in a monastery. It was released on DVD to region 1 on January 21, 2002, in Korean with English subtitles. A sequel titled Hi! Dharma 2: Showdown in Seoul was made in 2004.

Five gangsters escape in a van after a bloody confrontation with the rival Chunno gang. They realize that they have a snitch in their own gang and that they can't get out of the country because the police will be looking for them. So they go to the mountains and hide in a Buddhist monastery.

Meanwhile, the boss among the gangsters realizes who betrayed them but goes ahead and contacts him anyway, disclosing his location. The former colleagues, now defected to the Chunno gang, show up near the monastery, dig a shallow mass grave and throw the gangsters they betrayed into it. But the monks come to the rescue of their unwanted guests.

Back at the monastery, both the monks and the gangsters are saddened to learn of the death of the eldest monk. After the funeral, the gangsters leave. Months later, they make varied donations to the monastery in gratitude for their hospitality.