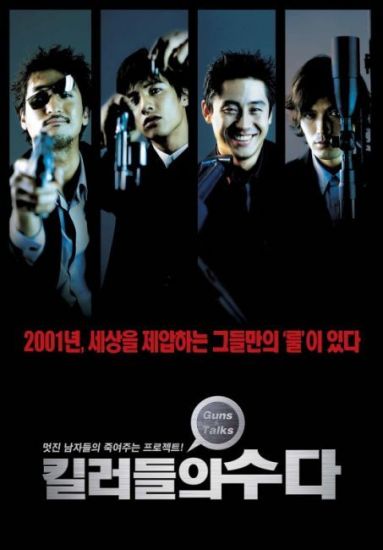 Professional assassins for hire, Sang-yun is the cool-headed leader of the group, Jung-woo is the specialist in custom-made bombs, Jae-young is the unmatched sniper, and Ha-yun is the computer wiz. They're not your typical wise guys, but run a private business where people from all walks of life can come place an order. After they meet their clients and discuss the time, place and method by which they want their targets to be eliminated, they sign a formal contract.

They even have a discount rate for students. Once the deal is done, they carry out their mission and finish it like a typical day at work. Then, one day, they leave a trail behind on a big job, and Inspector Cho hunts them down. While he is hot on their trail, Sang-yun meets a client and is confronted with a dangerous order he can't turn down.

The client wants someone killed in the middle of a sold-out performance of "Hamlet" which will be attended by high-profile businessmen, politicians and law officials. Inspector Cho learns of this, and sends the whole police force to catch them in the act. Still undaunted by the risks, Sang-yun leads his group in what could be the last mission they'll ever get away with.