Virgin Stripped Bare by Her Bachelors 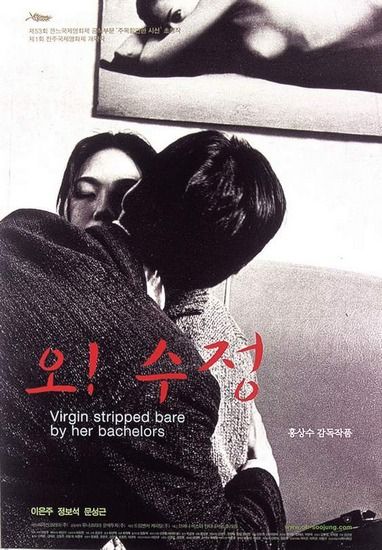 Virgin Stripped Bare by Her Bachelors (Oh! Soo-jung) is a 2000 South Korean comedy-drama film, directed by Hong Sang-soo. It was screened in the Un Certain Regard section at the 2000 Cannes Film Festival.

It follows the romantic travails of a video producer and a gallery owner, and the web of deceit they spin around their relationship. It was an early success in the short career of female star Lee Eun-ju, who would commit suicide five years later.

The title of the film is presumably a reference to Marcel Duchamp's artwork The Bride Stripped Bare By Her Bachelors, Even.