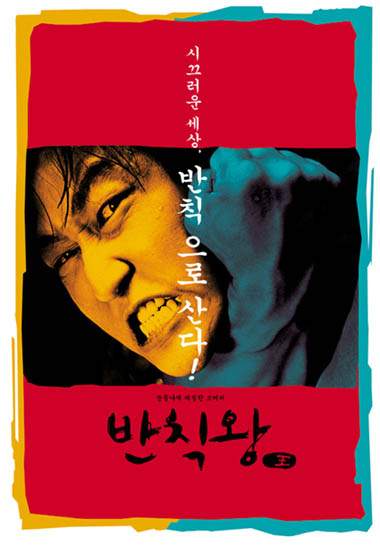 The Foul King (Banchikwang) is a 2000 South Korean comedy film written and directed by Kim Ji-woon. It was Kim's second feature-length film after The Quiet Family. Like the director's debut film, The Foul King also stars Song Kang-ho, this time as an incompetent bank clerk who takes up a career in professional wrestling, adopting the moniker "The Foul King" in the ring.

Basically, the main actor is a nonprofessional wrestler but just huge fan of wrestling since his childhoods. In South Korea, one wrestler called Kim il was a big star as an athlete in the 1970s. Strangely, however, the young hero preferred to follow a fouling man called Ultra Tiger Mask, a dirty wrestler who wore a tiger mask. After ten years or more, the story comes upon him.