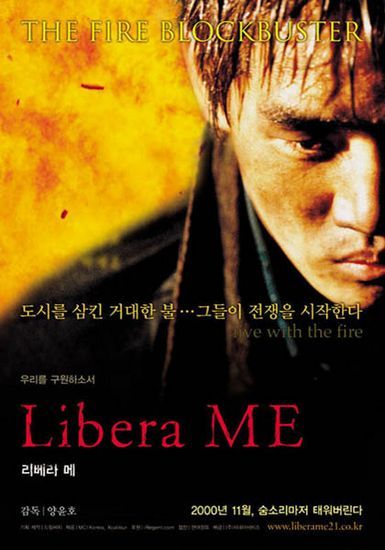 Mentally and physically scarred Hee-soo goes from a juvenile psychiatric hospital to jail after locking children in a room and burning it. 12 years later, grown Hee-soo is released - and several months later, the 85th Fire Station finds themselves battling well-planned, meticulous fires throughout Pusan.

Firefighter Sang-woo is devastated over the death of his partner who was caught in one of the fires, and in his brooding, guilt-ridden state, he fails to proceed cautiously into each new blaze. Despite his new parnter, Hyun-tae's best efforts to keep them out of harm's way, Sang-woo blindly takes the fires head on. Tensions run high in the 85th as Sang-woo seems careless with the lives around him, even though Investigator In-seong (his dead partner's girlfriend) wants nothing more than for Sang-woo to realize it wasn't his fault.

After the 85th rescues a family from a burning complex, the station becomes the focal point of the sadistic arsonist, whose next target is skillfully blowing up a gas station and warning the 85th not to get involved. When Sang-woo again interfers, arsonist Hee-soo becomes fixated on getting rid of Sang-woo - by making those he cares about suffer. With In-seong hot on the arsontist's trail, Sang-woo begins hunting for this apparently heartless killer with a renewed passion.