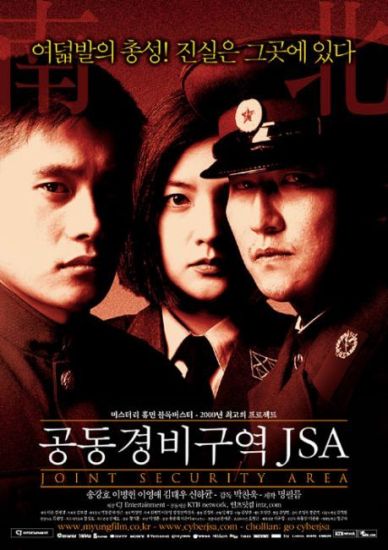 A firefight occurs at the "Bridge of No Return" in the DMZ (De-Militarized Zone), and two North Korean soldiers are killed. The North claims that the incident was a flagrant attack by the South Koreans, while the South claims that one of their soldiers was kidnapped. In order to solve the dispute, the NNSC (Neutral Nations Supervisory Commission) dispatches half-Korean half-Swiss Army Intelligence Bureau officer, Major Sophie E. Jean. With no cooperation from either side, the case appears to be unsolvable.

However, Major Jean discovers that the number of bullets fired from the pistols and the number found at the scene differ by one, and she begins to dig deeper into the backgrounds of the soldiers involved. Subsequently she finds out about an encounter previous to the firefight when North Korean soldiers saved a South Korean soldier from a mine. The story unravels to reveal a friendship developing among the soldiers. on the night of the firefight.