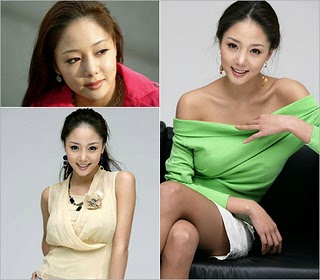 Lee Se-jin (born November 9, 1981) is a K-pop singer known professionally as Lyn. She has release 5 successful albums to date.

Lyn was first scouted by an agency because of her voice and from there, she first made her debut under her real name, Lee Se-jin, and released an album. The album sold poorly and was barely known. Lyn then took some time off to train vocally. She made a comeback in 2002 under the name Lyn with her supposedly first album Have You Ever Have A Broken Heart?. It was very successful and was able to shoot her up to one of the top R&B female solo singer of the year. After a surprise two years hiatus, Lyn release her second album Can U See The Bright. The album was very successful, surpassing her previous album with her popular single, (Used To Love). Due to its popularity, the song was eventually covered on another successful singer Lee Seung Ki's album, released in late 2006. Lyn released her third album, The Pride of the Morning, on March 7, 2007, and sold 15,358 copies in that month, placing second in the Music Industry Association of Korea's monthly chart. Again, it was a success and was once again reclaim her title as one of the best R&B female singer. Overall her album sold 25,171 copies.