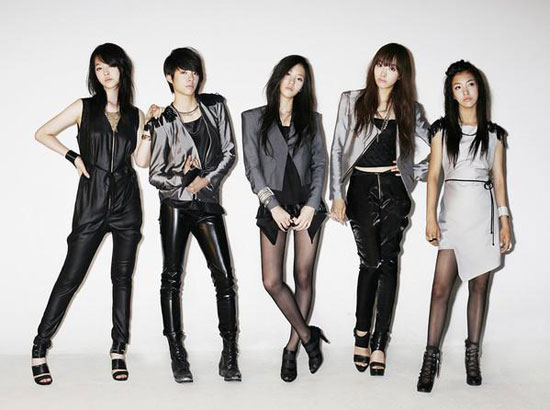 f(x) is a South Korean girl group formed by SM Entertainment in 2009. The name is a play on the mathematical notation for function, with "f" signifying "flower" and "x" representing the female's double X chromosome. The quintet consists of leader Victoria, Krystal, Sulli, Luna, and Amber.

Krystal was first spotted by SM Entertainment in 2000, which earned her a small role in a short segment of Shinhwa's "Wedding March" music video. Six years later, SM recruited Luna after seeing her performing on a television program. In September 2007,SM discovered Victoria performing in a dance competition in Beijing, China, which brought her to South Korea for a modeling and acting career. A month later, Amber was casted from an audition in Los Angeles, California.

While Krystal was the first member to make a media appearance, having appeared briefly in a Lotte commercial in 2002, Sulli was the first member to make a debut, officially debuting as a child actress in September 2005 as the role of young Princess Sun-hwa in the SBS television drama, The Ballad of Seodong. Victoria was the second; she made her first appearance as a model for SPRIS with Korean actor-singer Lee Jun-ki in early 2008 with announced modeling activities in the future. Krystal began training for f(x) in 2006 along with Sulli and Luna. Amber joined them in early 2008, with Victoria the last to join the group, in the later months of 2008.

SM first released a teaser preview of the group via YouTube on August 24, 2009, introducing them as "Asia's Pop Dance Group." For five days, SM individually released information through news portals and posted pictures of each member on SM Town's official website, starting with Sulli on August 26. Taiwanese-American member Amber was revealed on August 27, Krystal on August 28, Luna on August 29, and Victoria last on August 30.

The group's first single "La Cha Ta" (stylized as "LA chA TA") was digitally released on September 1, followed by a 40-second teaser of their music video uploaded to YouTube. Following their first performance at the Samseong-dong Fashion Center on September 2, the music video was screened and released online the next day. The group's first broadcast performance of "La Cha Ta" was held at MBC's music show Show! Music Core on September 5. The group also released the digital single "Chocolate Love" for the 4th edition of the Blacklabel series LG CYON phone, "Chocolate", alongside their label mate Girls' Generation. The following month, f(x)'s first EP Chu~? was released, consisting of 3 songs. Later that year, Luna and Krystal contributed to the soundtrack of television series Invincible Lee Pyung Kang with a duet "Hard but Easy".

In 2010, the group collaborated with Chinese boy band M.I.C. for the song "Lollipop" to promote the LG Cyon phone. Krystal, Luna and Amber also recorded the song "Spread Its Wings" for the KBS Drama God of Study's soundtrack. 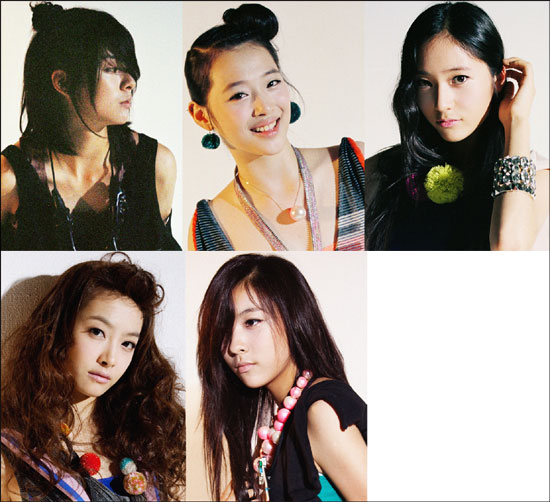