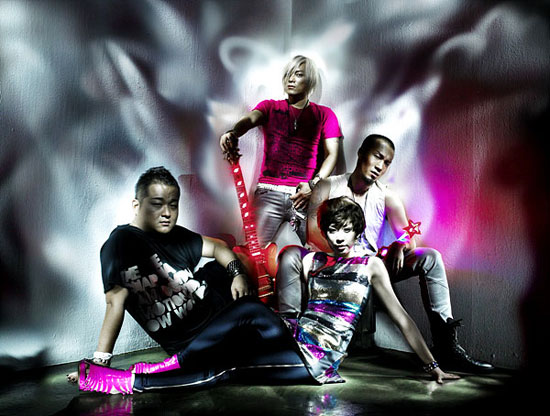 Cherry Filter is a South Korean rock music group formed in 1997. Their unique sound - consisting of emotional ballads, punk rock, rave and trance - prevalent in their last two albums has given them fame across the nation. The song (Nangman Goyang-i, "Romantic Cat") from the album Made In Korea made Cherry Filter famous.

When Cherry Filter was first formed, everyone was curious about the meaning of the name "Cherry Filter". It actually has no meaning. The band says that they intentionally chose a name without any meaning. The band includes Cho Youjeen as the vocalist - who branched off into a solo career for 2 years in Japan, then returned back to Cherry Filter - Jojinbo on guitar, Yaenhead on bass, and Sonstar on drums.