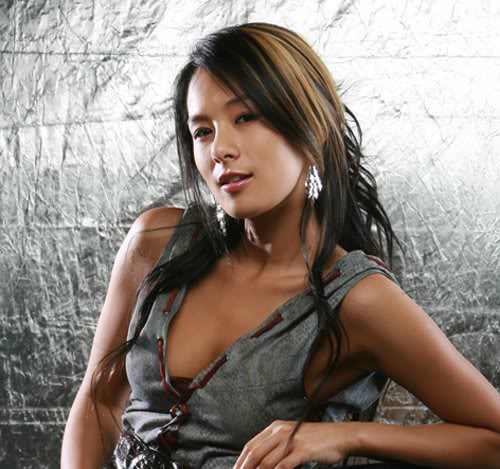 Lee Chae-Yeon (born December 7, 1978), better known as Chae Yeon, is a Korean pop singer who rose to fame with her hit single "Two of Us" in 2004 and her wave dance style.

Chae Yeon was born Lee Jin-Sook in Seoul in 1978. It took her many years to attain her current level of fame in Korea's entertainment industry. In fact, she had to start out in Japan first. She was part of a singing group called Brand New Biscuits, debuted in Japan on January 1, 2001, when it had 6 members. Brand New Biscuits included also another Korean singer, Yuny Han (Han Tae Yoon). Chae Yeon was also member of group UltraCats under the name of "Jinny" or "Jinny Lee" from 2001 to 2002.

Having passed an audition held by an entertainment management company in Japan, Chae Yeon first appeared on a popular show called "Uchan Nanchan no Urinari!" on Japanese NTV. She appeared on the show for almost 3 years. Along with the television show, Chae Yeon (then Jinny) performed as a singer releasing 3 singles and 1 mini-album in Japan.

Pursuing career as an entertainer in Korea

She returned to Korea with her first official album It's My Time under her new stage name, Chae Yeon. Debuting late in 2003, nobody expected her to be successful as she is now. Initially, she was simply viewed as yet another "sexy concept" singer, as many female singers were at that time. However, unlike many others, she had a fairly successful debut. She proved to be a great dancer, and she showed off her vocals in her ballad songs and live performances. Her title song (Dangerous Presentation) did well, but her real success came when her 2nd album released late in 2004. (Two Of Us) the lead single, pushed her to #1 on many music charts in the spring of 2005. One of her music video was controversial for being too "racy" in conservative Korea (for it contained scenes showing her full back and exposed underwear). Subsequently, the video was banned on television, and the airing time was limited to after 10:00 p.m. in some cable channels. Becoming heavily played on radio, the song became so popular that a signature "move" from the choreographed dance became known as the "Na-na-na" dance (named after the hook of the song). It managed to hit the top of various music charts in Korea. The follow-up single (Come to Me) was released soon after and was also popular, riding on the wave of its predecessor.

She returned after a brief break in order to release her third album III, which came in the fall of 2005. The first single fared poorly on the charts, as it was not a strong dance single, lacking a catchy hook. The record company then quickly switched to the "Disco Mix" of the song, which helped sustain its life on the charts, although not by much. The second single, (Third Love), also fared poorly, despite the fact that it had a very sexy video and was a bit more uptempo than the lead single. However, this can be attributed to the fade of sexy R&B music in Korea at the time, as ballads were once again the style of choice for Korean singers; albums by other "sexy concept" singers.

Chae Yeon has maintained her popularity by continually participating in variety shows, such as SBS's X-Man (TV series) and Love Letter, where she portrays both cute and sexy images. Her appearances on these variety shows allowed her to display her bubbly and positive personality. She ended her official schedule with her last X-Man episode on September 25, 2005, in order to concentrate on recording her fourth album.

Although briefly hospitalised due to exhaustion, she made her comeback at the end of March 2006. Her lead single from her fourth album was "My Love", which was a Latin-tinged dance song. The single was extensively performed, with a remix promoted from May onwards; she then followed up with ("Clumsy Love"). The album sold 12,346 copies in 2007, placing 68th for the year. She continued to remain a "sexy" singer, saying that she doesn't mind the label.

In addition to promoting her album, Chae Yeon has also joined the cast of Hi-Five, part of KBS's Happy Sunday line-up. On the reality-variety show, which also stars Hyun Young, the stars attempt to succeed in various tasks, including starring in a musical, becoming flight attendants, and performing action movie stunts. She remained a part of the show until its cancellation in 2008.

Later that year, she drew media attention with her investment into, and direct involvement with, Bequem, a fashion company. She is a spokesperson for the brand, promoting its stylized caps and bags. Moreover, her portfolio with a sexy "Party" concept has hit record sales by elegantly mixing her sexy image with feminine touches.

The singer came back after a two-year hiatus from the music world, with her mini-album Shake. Continuing to stay within the "sexy singer" concept, the lead single "Heundeullyeo" ("Shake It") is an electronic dance song. The music video was labelled by major networks to be unfit for broadcast without parental advisory warnings. 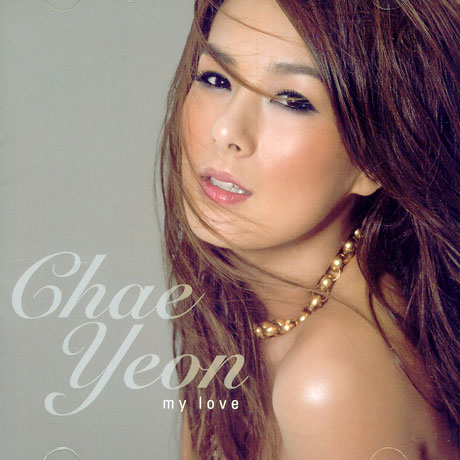