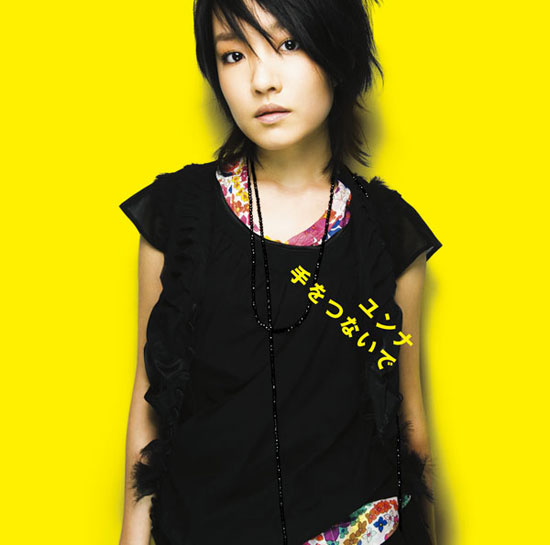 Younha made her debut as an artist at the young age of sixteen. Nicknamed the "Oricon comet" for her success in Japan, she has released eight singles and two albums there with varying degrees of success. Several of her songs have been featured in anime and drama series. 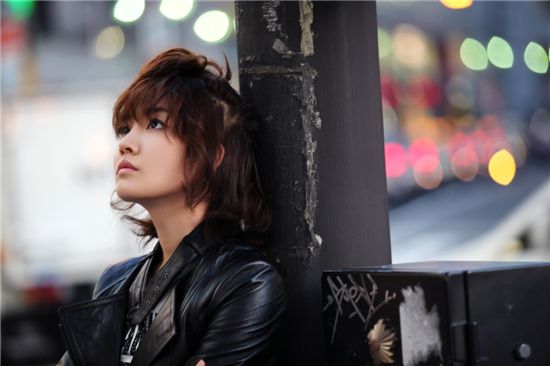 In order to accomplish her dreams, Younha began to audition within Korea. She says that she went through as many as 20 auditions. She also commented in an interview that certain companies refused to sign her to their labels because they believed she was not "pretty" enough, although she sang very well.

After a TV drama producer heard her demo tape, her single, "Yubikiri", was chosen as the insert song for the Fuji TV Monday drama Tokyo Wankei ~Destiny of Love~. In October of the same year, she released her official first single, "Yubikiri Japanese version".

Younha's second single, "Houki Boshi", was used as an ending song for the popular TV anime Bleach. It became a hit, debuting on the Oricon chart at #18 and peaking at #12, and propelled Younha into the limelight. With this single, she became the second Korean, after BoA, to have broken the Oricon chart's top 20. Between "Touch / Yume no Tsuzuki" and "Houki Boshi", she released "Motto Futari de". It flopped and only reached #117 on the Oricon Charts, possibly due to a lack of promotion. Her later single, "Touch / Yume no Tsuzuki", debuted at #15, and peaked at #11. After releasing five singles, Younha released her first album entitled Go! Younha. It reached the #10 spot on the Oricon weekly charts.

"My Lover" was a re-cut single from Go! Younha, her debut album, and was re-cut because it was the theme to the videogame Bleach GC: Tasogare Ni Mamieru Shinigami. It was limited to 70,000 copies and flopped, selling only about 2 000 copies and ranking at #58. Because of its limited print, however, it has become extremely valuable and rare to her fans. Younha was also chosen to sing the ending theme to the anime Jyu Oh Sei. The single, "Te wo Tsunaide" did slightly better than "My Lover", peaking at #50.

Younha released a digital Korean single titled "Audition". The single includes "Audition (Time 2 Rock)", a pop-rock song and "Waiting", a ballad. Although it was released as a digital single, very limited hard copies of the single were available as well. Many performances of this song were shown on Korean TV. The single received a lot of promotion and as a result, "Audition" charted for over 3 months on all Korean charts.

Younha was once again chosen to sing an anime theme song for Kiba. The song "Hakanaku Tsuyoku" was used as the second opening for the show. The single was released on January 17, 2007. Unlike her other singles, "Hakanaku Tsuyoku" only has 3 tracks.

Exactly two months after "Hakanaku Tsuyoku", Younha returned to Korea to release her first Korean album entitled (Gobaekhagi Jo-eun Nal, translated "The Perfect Day to Say I Love You"). The album was a success, peaking at #1 on the charts. The first song promoted from the album was "486" (Bimilbeonho 486, "Secret Number 486"), for which she won the SBS Inkigayo Mutizen award twice. The second song promoted was (Yeonaejogeon, "Love Condition"). She made a music video for the "486", which stars fellow Stam artist Yoon Ji-hoo. The video featured many image changes for Younha. The album also features a collaboration with Wheesung.

On July 14, 2007, Younha appeared on the Korean GomTV MSL Grand Finals (a StarCraft tournament) and performed in the opening ceremony.

With her increasing success, Younha released a version of Go! Younha rerecorded in Korean. The album, with tracklist changes, is titled (Hyeseong, "Comet"), and was released on October 23.

Return To Japan in the first half of 2008

On January 18, Younha left Korea to continue her music career in Japan. She released a Best Of Japanese album/music video DVD, SONGS Teen's Collection, on March 26. She also re-released her very first Korean single "Audition" on March 14 as an offline CD. Seoul Records is limiting the amount of "Audition" to 10,000 CDs.

A Japanese version of "(Rap Mix)", titled "Kioku", was used as the ending theme to the anime Rideback.

Her highly-anticipated third album Part A: Peace Love & Ice Cream was released on April 16, 2009. It features a cuter, more girly image of Younha as she transforms to a fresh image for the new album.

On December 11, 2009, she released Part B to the third album titled "Growing Season". The songs in this album go back to her older piano pop rock style and the ballad style. There are a total of 9 tracks in this album, two of which are instrumentals. It features the hit single (We broke up today).

Plans after the Third album

Younha announced that she will be releasing a new Japanese album after her third Korean album, Part A: Peace Love & Ice Cream. Younha also finished filming her first full-length Japanese movie, (Kondo no Nichiyoubi ni, This Sunday) which was released in April of 2009. She has also produced a song for the movie, titled (Niji no Mukougawa, On the Other Side of the Rainbow) and has been released as a single. 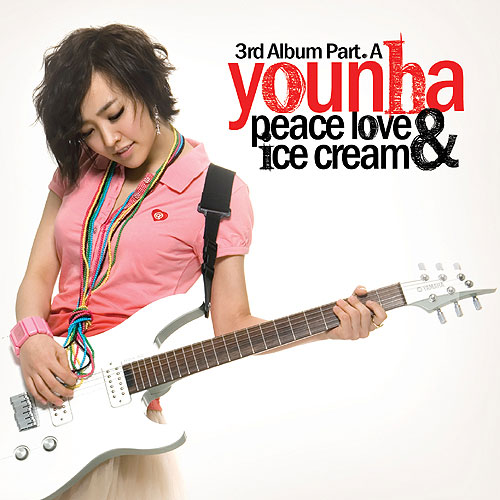 Younha was selected as one of 14 female artists to perform in the omnibus album 14 Princess ~Princess Princess Children~, a collection of the most famous songs by the top girls band Princess Princess of late 80's and early 90's. Younha performed the song Diamonds, which was the #1 seller of the year during 1989 in Japan. (03.08.06)

Younha has been featured on the following albums: