Typhoon is Korean mixed hip hop group consisting of a female vocalist, a male vocalist and a rapper. Typhoon is signed with Trifecta Entertainment.

Due to Solbi's busy schedule in 2008, she was not able to participate in Typhoon's 3rd album Rendezvous, so therefore another female vocalist replaced her. However, this did not confirm Solbi's departure from the group, and that she would be able to remain a member and work again when she is able to.

In February 2009, Hana officially left the group after only 2 months. Singer Lee Kyung, who sang for the OST of MBC drama Wise Mothers and Good Wives, officially replaced her on February 6th. 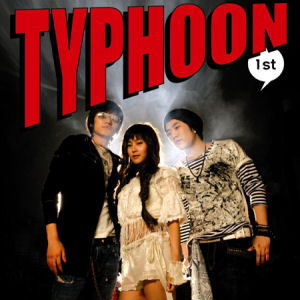