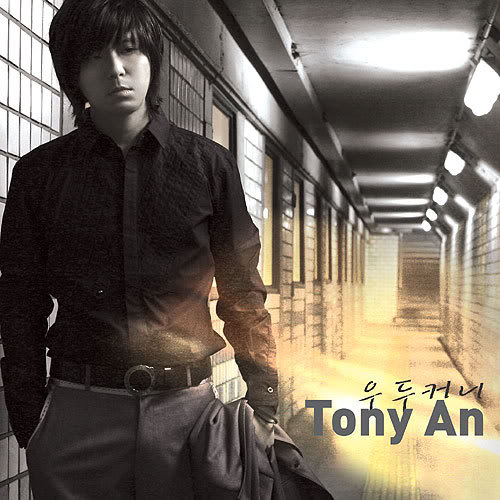 Tony An (born on June 7, 1978) is a South Korean singer best known for being part of the popular K-pop boy band H.O.T.. After H.O.T. disbanded in 2001, its ex-members Tony An, Jang Woo Hyuk and Lee Jae Won formed the dance music trio JTL. Eventually, JTL unofficially disbanded as each member, including Tony, released their solo material. He is also the CEO of TN Entertainment, a music entertainment company; Skoolooks, a school uniform company; and Shinenihs, an undergarment company. Popular comedians Jung Hyung Don and Jo Hye Ryun are both part of TN Entertainment. He studied stage performance at the graduate level at Dongguk University


Recently, Tony made his hair shorter like in his late H.O.T - JTL days and changed his genre to fast paced soft rock songs and gave a speech, telling about his views on his former H.O.T. members, and how he tried to contact them. He also released a music video title "Melody" featuring SAT from his special album, "Untold Story".

On April 28, 2008 Tony came back with a new special album entitled "Look Blank", with its principle song "Wallet".


After Tony wanted to pursue a solo career during his JTL days, he created his own label, Tn Entertainment. Artists under this label are Tony and former Click-B member Yoo Ho Suk, going under the name "Evan", and others as well. South Korean comedian and entertainer Jeong Hyeong-don is also the member of this company. Tn Entertainment has also debuted a new boyband named SMASH, who released a PV for their song [Emergency] on August 14, 2008. On November 4, 2008, Tony left for military service so on November 21, 2008, Tony had a special album released.


When JTL was created, Tony was the lead vocal for the group and not just a back-up vocal and English rapper. H.O.T. fans had mixed feelings for JTL. Many of JTL's music videos were boycotted. However, things changed around when JTL held a 'Guerilla Concert' in front of 12,000 fans.