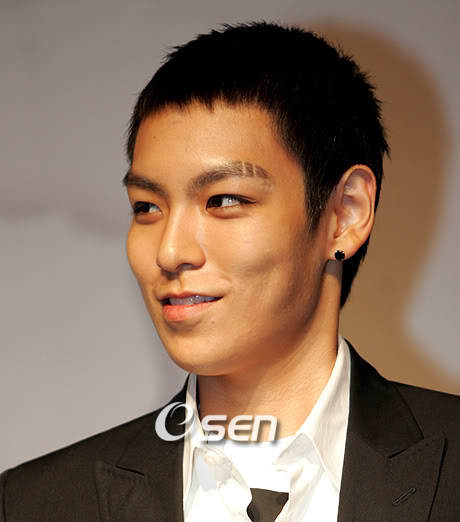 Choi Seung-hyun (born November 4, 1987), better known by his stage name T.O.P or TEMPO, is a South Korean rapper and actor. Best known as a member of the Korean boy band Big Bang, he has branched out to act in various dramas and films, including I Am Sam and Iris

Prior to his involvement with YG Entertainment, Choi was an underground rapper and a childhood friend of G-Dragon, another member of Big Bang. G-Dragon stated that the two were "neighborhood friend[s] from middle school" and would often dance and rap together. Although G-Dragon later moved away and the two "became distant", he contacted Choi again when YG Entertainment was scouting for candidates to create a boy band. The pair recorded several demos and sent them to Yang Hyun Suk, CEO of YG Entertainment, who later asked Choi to audition. Choi was initially rejected by the record label, which deemed him too "chubby" to fit the "idealistic version" of an idol. Choi later stated that he "went home and exercised really hard because I wanted to join YG Entertainment." Six months later, he returned for another audition and was signed on.

Choosing the stage name of T.O.P., he became one of the two rappers in the group Big Bang, alongside G-Dragon. The two were paired with four others: Taeyang, Daesung, Seungri, and So-1; a documentation of their training was aired to promote them. So-1 was dropped by the record label, and Big Bang made its official debut with five members. Their first album, Since 2007, was a fair success, and included T.O.P.'s first solo song "Big Boy." The group achieved mainstream success with the release of the song "Lie" (Revised Romanization: Geojinmal) from their 2007 mini-album Always, which topped several charts upon its release. The singles, "Last Farewell" (Revised Romanization: Majimak Insa) from the mini-album Hot Issue and "Day by Day" (Revised Romanization: Haru Haru) from Stand Up, became chart-toppers as well.

Following the release of the band's albums and singles, T.O.P. began working on his solo career. In April 2007, he was featured with fellow Big Bang members Taeyang and G-Dragon on singer Lexy's single "Super Fly" for her album Rush. Later that summer, he appeared as an actor in Red Roc's "Hello" music video. He later became the first member of Big Bang to venture into acting, starring in the KBS2 drama, I Am Sam,. portraying the school's top fighter, Chae Musin. He also took the role of MC of MBC's Music Core on November 10, 2007, only to resign in April of the following year. In 2008, he collaborated with R&B artist Gummy on the song "I'm Sorry" for her album Comfort, and later with singer Uhm Jung Hwa for her single "D.I.S.C.O."

T.O.P later put his solo career on hold while he joined his group for their promotional activities. After more than a year of promoting Big Bang's materials, he returned to acting, playing the assassin Vick in the critically acclaimed Korean television drama Iris. T.O.P. also recorded the song "Hallelujah" for the drama's soundtrack with Taeyang and G-Dragon. Following Iris, T.O.P. and Seungri appeared in the teenage suspense drama, My 19..

Currently, T.O.P is filming the movie Into the Gunfire, set for release in June 2010. He is also in preparation for his solo debut. During Big Bang's Big Show concert in January 2010, T.O.P. performed his new single "Turn It Up"; it has yet to be released officially. 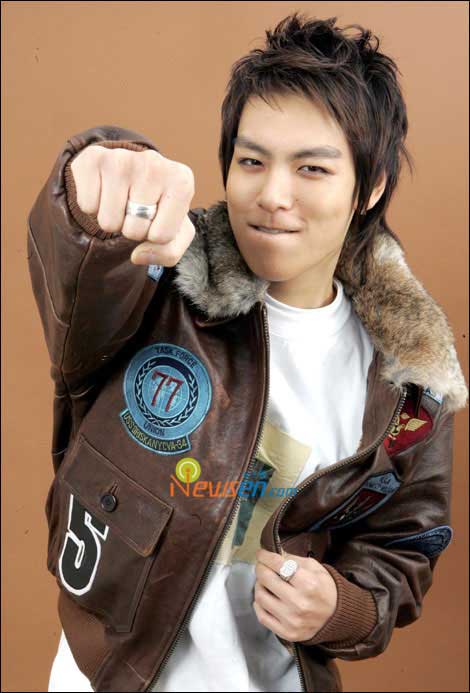