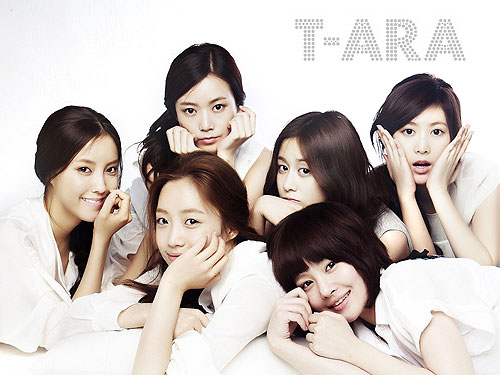 T-ara is a South Korean girl group formed by Mnet Media in 2009. Before their debut, there was a high level of interest in the group as they were called "Super Rookies" and had been training for three years prior to debut. Originally a five member group, they released their first song Good Person for the Cinderella Man OST in April 2009. In June 2009 members Jiwon and Jiae left the group, ruining the original plans for debut. The next month, T-ara regrouped to become a 6 member group and released their debut single "Geojitmal" ("Lies"). 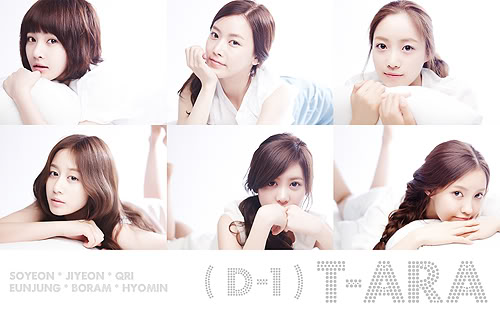 The original five T-ara members were trained for three years, and released their first song "A Good Person" for the Korean drama Cinderella Man soundtrack. In early 2009, Jiyeon was in a collaboration with SeeYa and Davichi for a song called "Women's Generation", which topped charts.

In June 2009, Core Contents Media announced that Ji-ae and Ji-won left due to differences in music style. Boram, Soyeon, and Qri were added. The group's agency began to release promotional pictures in July 2009 in accordance with the new members. Afterward, T-ara released their debut single "Geojitmal" ("Lie").

T-ara made its debut on MBC's Radio Star talk show on July 28, 2009. The music video was released that day. Their first performance was on Mnet's M! Countdown show, where they performed "Geojitmal" and "Wanna Play". Their debut was looked upon negatively by netizens, who noted that it was lipsynched and commented that it seemed like an elementary school performance. The group announced afterward that future performances would be live. A few members of T-ara (Eunjung, Soyeon, Hyomin and Park Ji-Yeon) were in a project group with Supernova, a six member male group for the digital single, TTL (Time to Love). On December 1, 2009, T-ara released their first full-length album, named Absolute First Album. This album had two singles, "Cheoeum Cheoreom" and "Bo Peep Bo Peep", both with music videos.

2010: Gaining popularity with their album

On January 1, 2010, T-ara won their first ever award on the New Year's Day episode of Music Bank. Two days later, they won the Mutizen award on Inkigayo. T-ara also performed at a traditional New Year's festival version of the song. The following week, T-ara won their second consecutive Music Bank and Mutizen awards. The next week, T-Ara won their third consecutive mutizen award, thus winning the triple crown. Later in the month, Core Contents Media announced that Eunjung and Hyomin would take part, alongside label mates, in project group, 'Women's Generation'. Consequently, the group announced promotions for their follow up single, "Cheoeum Cheoreom" ("Like the First Time").

In February, the group announce the release of a repackaged version of their debut album, entitled Breaking Heart. The music video for its lead single, "Neo Ttaemune Michyeo" ("Crazy Because of You"), was released in February 24, 2010. The group commenced comeback performances with Mnet's M!Countdown.