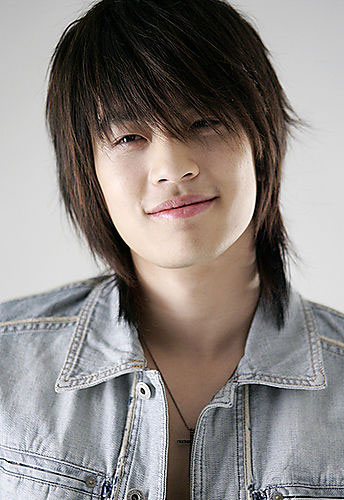 Se7en (born Choi Dong-Wook, November 9, 1984) is a South Korean pop/R&B singer. He began training under a management agency YG Entertainment at the age of fifteen. After four years of training in voice and dance, he made his debut in 2003 and became successful throughout Asia.

Se7en has worked exclusively under the YG Entertainment label. Much of his career is composed of constant promotions for his songs through live performances on TV, radio shows, and occasionally, concerts. He also began learning Japanese in preparation for his promotional activities for his Japan debut in 2005.

In addition to performing, he has been featured on game shows in South Korea and Japan, and commercials for Samsung's Anycall, Baskin Robbins, Coca Cola, LG Telecom, Sprite (directed by David Fincher) and most recently, K-SWISS and KTF. He has held a total of five concerts in Japan: one held in 2005 at Yokohama, and for the year 2006, two held in Tokyo and two in Osaka. He held a total of three concerts for his "24/SE7EN" album promotion June 2006 in Seoul, South Korea. His popularity has earned him an award for the Most Popular Korean Singer in the MTV Asia Awards 2006 at Bangkok, Thailand, and the MTV Best Buzz Asia Award 2006.

On April 7, 2007, his 747 concert was held at Seoul's Olympic Park Stadium, which marks Se7en's last activity in Korea for 2007. He is currently working on his oversea activities in Japan and the United States. He has held another Japanese tour called '7rhythm' in Tokyo, Osaka and Nagoya in early July. According to his Japanese label, Nexstar Records, all of the 20,000 tickets for the concerts were sold out in a short amount of time. Se7en is currently preparing for his U.S. debut, which is scheduled soon this year in 2009.

Se7en and YG Family (including Big Bang, Jinusean and Gummy) have made an appearance on MTV K, followed by 3 concerts in Washington DC, New York City, and Los Angeles, to celebrate YG Family's 10th Anniversary and to help promote Se7en before his American debut. The MTV K documentary aired on December 11, 2006.

Se7en is a featured guest on Amerie's Take Control on her album, Because I Love It, which was released in May 2007. This remix is available on Asian versions of the album.

Yang Hyun Suk, (CEO of YG Entertainment) had announced that Fabolous will be featured in Se7en's first U.S. single. However, due to a leak in March 2007 of his US debut song, "This is My Year" featuring Fabolous, which is produced by Rich Harrison and Lionell Davis, on Myspace and YouTube, this caused some changes in Se7en's U.S. debut.

Se7en has been working with former CEO of LaFace Records, Mark Shimmel and Grammy-winner Rich Harrison and Richcraft producer Lionell Davis on his first American album. A new production team called Noize Trip, who produced The Black Eyed Peas' Disco Club has also contributed some work. It was also reported that Teddy from 1TYM has produced a song for Se7en's American album and possibly will make more songs. Darkchild has also joined the team and produced songs for Se7en. It was also reported from Far East Movement's blog that they, as well as Three 6 Mafia will also participate in Se7en's upcoming English album.

YG Entertainment and Se7en also took necessary steps to ensure his debut such as trademarking his name in America.

So far the songs that have been revealed and performed is "Girls" featuring Lil' Kim (produced by Darkchild), which will be his debut single, You Got Me Now featuring Three 6 Mafia, "Money Can't Buy Me Love" (produced by 1TYM's Teddy Park) and "Scandalous". During his preview party in San Francisco, Se7en also performed La La La in both Korean and then in English.

On March 10, Se7en's first single "Girls" featuring Lil' Kim was released through digital stores such as iTunes and Amazon MP3. The music video for "Girls" was also released on Myspace that same day.

Se7en accepted the lead role for the Korean drama Goong S, a spinoff of the popular drama Goong. The first episode of Goong S premiered on January 10, 2007 on MBC; the average nationwide rating for the entire series was 9.7%, which was considerably lower than the ratings of its predecessor, Goong.

Despite the low ratings, Goong S was the most searched and rewatched drama online; it ranked higher than its competition: KBS2 Dal Ja's Spring and SBS Surgeon Bong Dal Hee. The drama has also gained a wide variety of support from international fans in the U.S., Thailand, Malaysia, Brazil, Australia, and Singapore.

Although he is aware that criticisms still remain, Se7en has taken note of those criticisms and is determined to continue acting in the near future. Se7en had said that even though the drama was not of much of a success, he does not ever regret accepting the role of his character in the drama. It even helped Se7en to sing with more emotion during performances. He also mentioned that he was thankful to have a chance to work with the drama crew and take his career to a new level by acting

Se7en's vocal range can be classified in the tenor range. His voice can be described as smooth, mellow, and sometimes mildly abrasive (see vocal belting) when songs, such as "Crazy," "La La La," and "I Know," call for it. He often sings with a vibrato in his voice that American R&B singers are known for, and also incorporates beatboxing into many of his songs such as "Passion." Se7en maintains an adamant belief that he should not lipsync during his live performances.

Additionally, Se7en is known for his dance moves. His dance style, like his vocals, can also be described as "leaning more towards freestyle" rather than heavy choreography. Some dance techniques he sports during live performances are gliding, popping of the chest, various one-handed handstands, swipes, and kicks. His signature handstand, which he performs during his "Come Back to Me" performances, is the Nike. Most recently, he has been executing the gainer and the pike (see breakdance) during his "I Know" performances.

There were rumors for years about the singer dating actress Park Han-byul; however, this was not confirmed until June 2009, when they also revealed that they have been dating for 7 years